Queensland Government expresses deep respect to and acknowledges the First People of this Country. 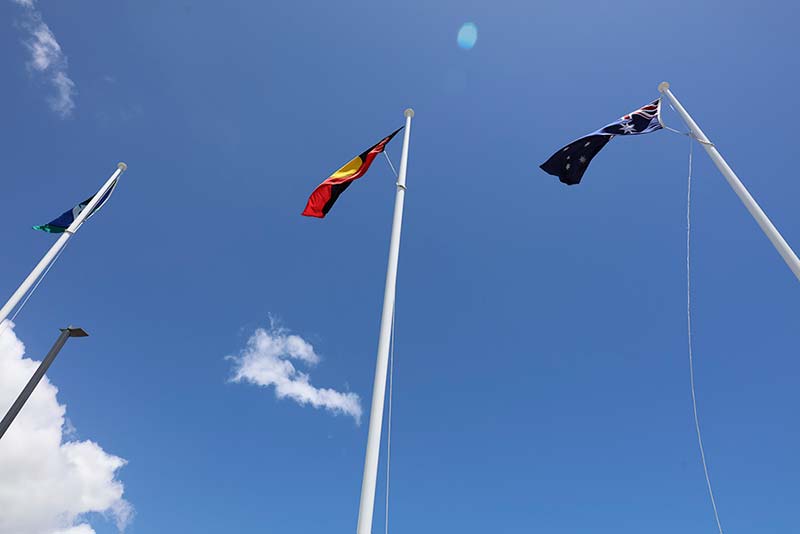 The Australia Day Flag Raising Ceremony provides an opportunity to respectfully acknowledge our rich culture and heritage as part of the state’s Australia Day celebrations.

The 2021 ceremony took place at Jezzine Barracks, Townsville, at 10am on Tuesday 26 January 2021. A traditional event, this ceremony provided an opportunity to view the Australian Defence Force and recognise its invaluable service to Australia with: 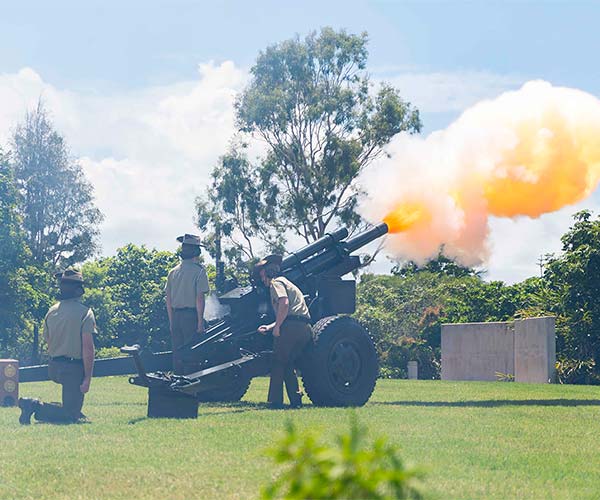 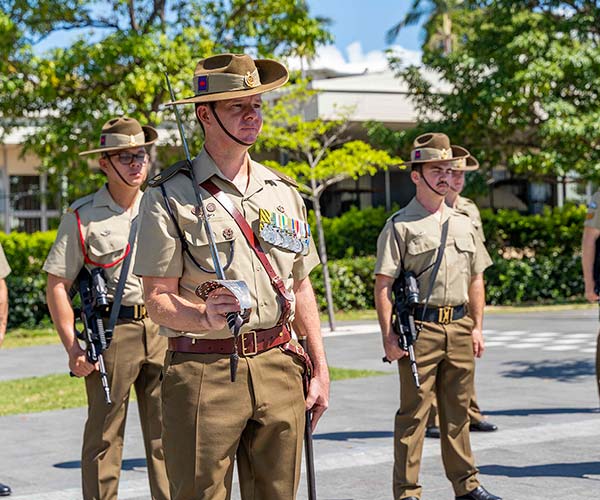 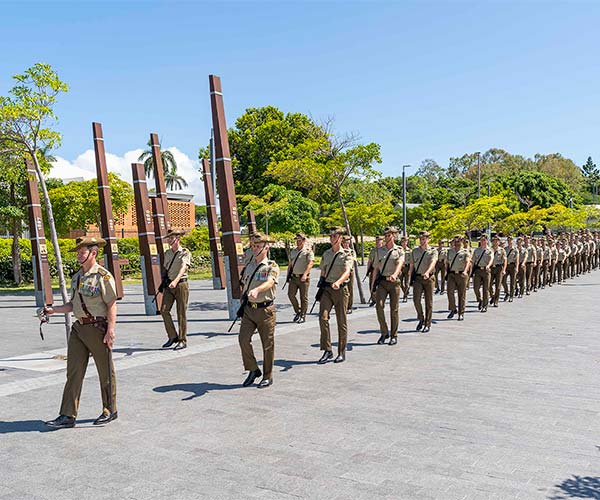 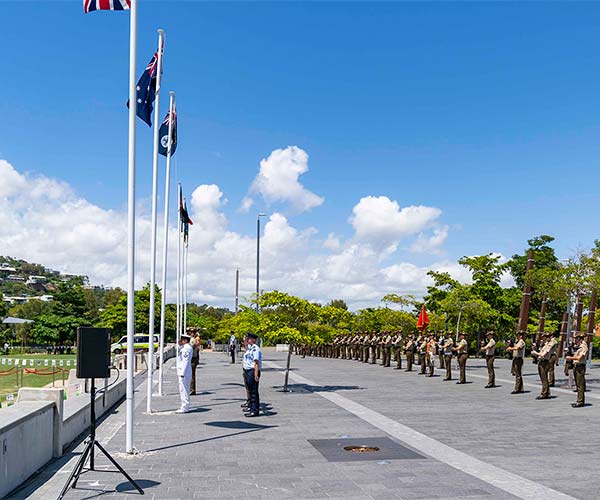 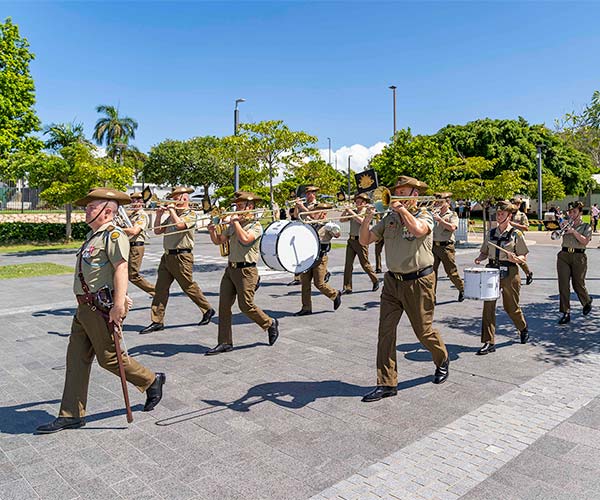 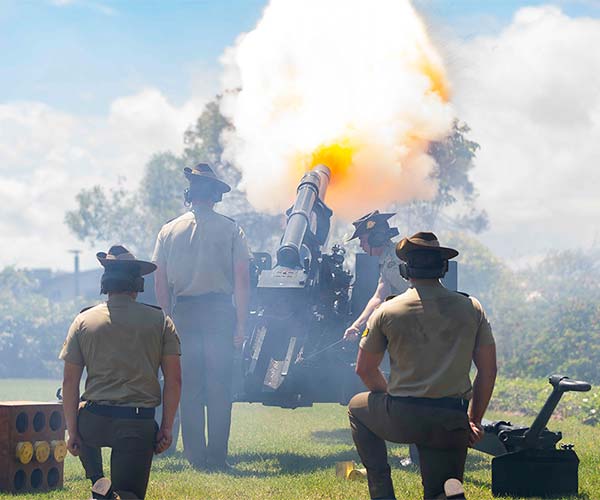 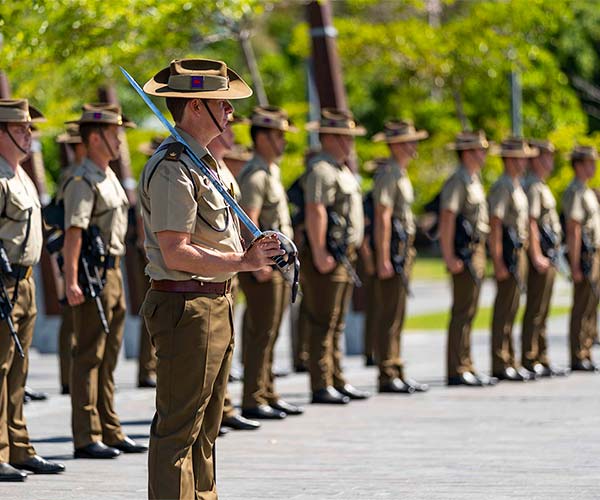 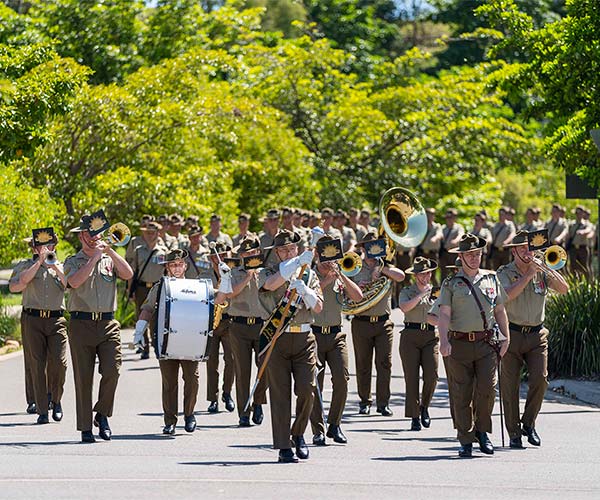